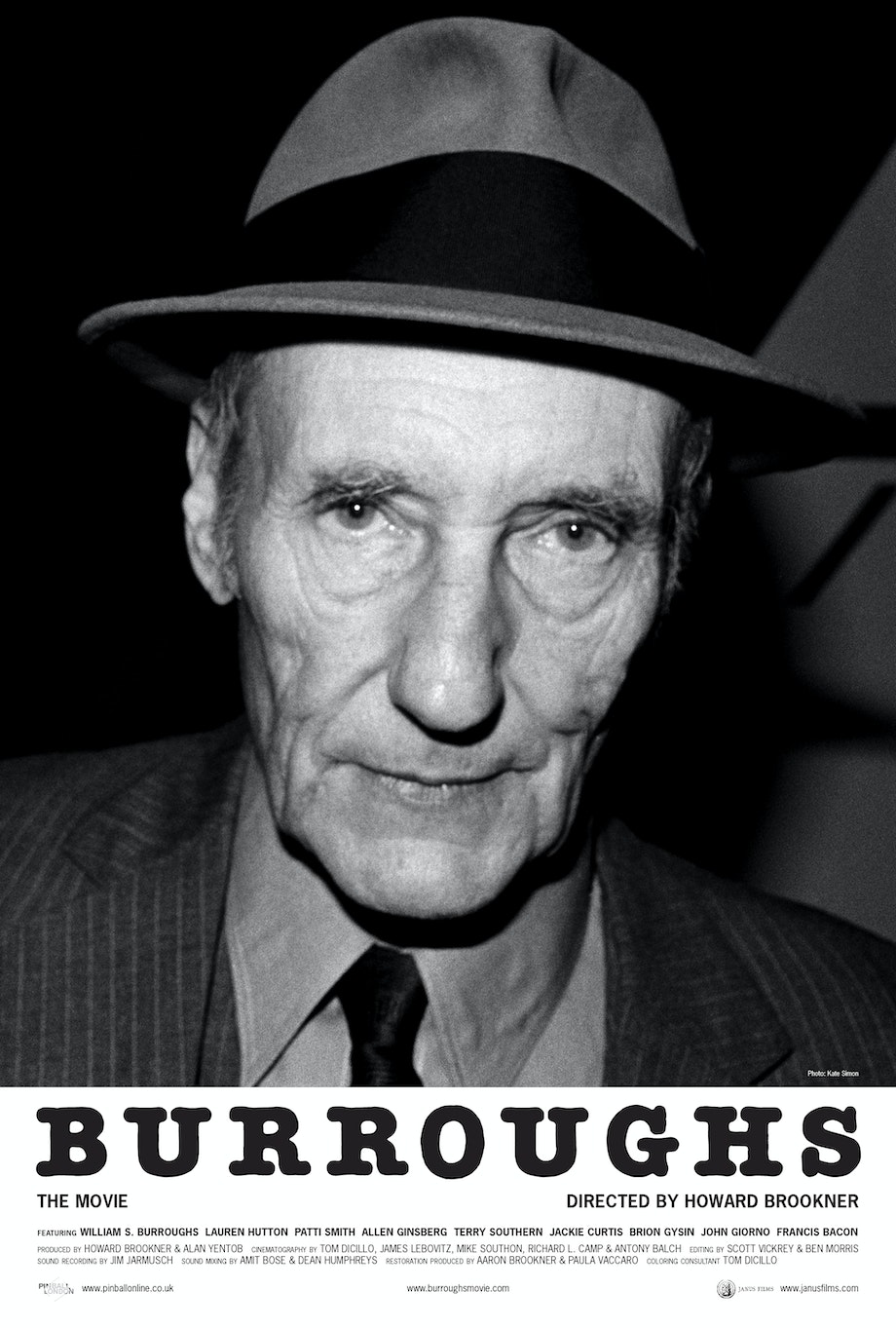 "The quality of discovery about Burroughs was very much the director’s doing, and Mr. Brookner demonstrates an unusual degree of liveliness and curiosity in exploring his subject." - Janet Maslin, New York Times

"Burroughs is a documentary portrait of a man who was willing to try everything, and who has so far survived everything. The one thing you miss in the film is the sound of laughter." - Roger Ebert, Chicago Sun-Times

"An interesting, serious job, and the more controversial aspects of Burroughs's past and personality—such as his misogyny and his slaying of his wife—are squarely confronted.” - Jonathan Rosenbaum, Chicago Reader

"A far more intimate portrait of Burroughs than one who was aware of his reputation would expect." - Zach Gayne, Twitch

Burroughs: The Movie explores the life and times of controversial Naked Lunch author William S. Burroughs, with an intimacy never before seen and never repeated.

The film charts the development of Burroughs' unique literary style and his wildly unconventional life, including his travels from the American Midwest to North Africa and several personal tragedies. Burroughs: The Movie is the first and only feature length documentary to be made with and about Burroughs.

The film was directed by the late Howard Brookner. It was begun in 1978 as Brookner's senior thesis at NYU film school and then expanded into a feature which was completed 5 years later in 1983. Sound was recorded by Jim Jarmusch and the film was shot by Tom DiCillo, fellow NYU classmates and both very close friends of Brookner's.

Growing up, I saw the poster for Burroughs: The Movie on the wall in my grandmother’s house. Before I knew anything of who he was, I knew his face.

Then, before I had read any of his books I had seen Howard’s movie. From the age of ten, until I was about twenty I probably watched the film hundreds of times on VHS. Then I started reading Burroughs, starting with Howard’s copy of Junky.

Having seen clips of the film on YouTube in recent years, I started to wonder where the film itself was. Initially I started looking for the 16mm negative, but it seemed to have disappeared. I started to look for a print instead and found one in Australia. It was Howard’s festival print and when they brought it out it was really beaten up, so I couldn’t use it. Then I found one in Berlin, which had German subtitles burned into it.

Finally I discovered that Howard’s long-time partner, Brad Gooch, had donated a print to the Museum of Modern Art (MoMA) around the time Howard died. Brad had no recollection of this, which goes to show the state of shock he was in after Howard died.

MoMA agreed to release the print on one occasion, so that we could create a digital master of it, before returning it to their archive for safety. To make this process a reality we turned to Kickstarter. It was super encouraging to find out how many people, from the US to the Far East, were interested in the film.

Today I think the film is incredibly refreshing to watch. Burroughs: The Movie is raw and pure, but with the story of an incredibly complex character unfolding at its centre.